A college professor teaching a course called “The Psychology of Fear” brings his students (including a psychic) to his home, one dark and stormy night to tell scary stories. The first involves a young couple whose car breaks down by an old, abandoned house. The second has four trendy teenage girls getting lost in a bad part of town and chased by a pack of vicious dogs. Last, a woman on crutches confronting a stalker at the answering service where she works the night shift. 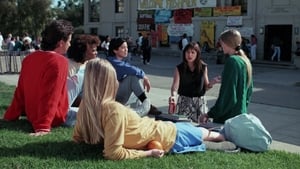 Judie Aronson
Jennifer (segment "A Night on the Town")

Tracy Wells
Amy (segment "A Night on the Town")